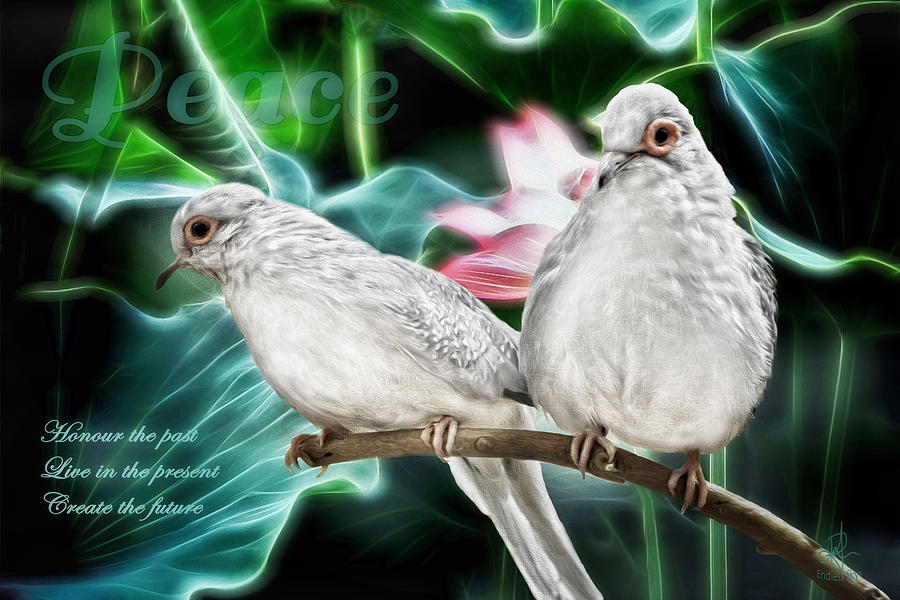 There are many symbols which have been used to represent peace in different cultures and contexts. The dove and olive branch, which most people are familiar with became popular thanks to Pablo Picasso after World War II.

The 'Peace Sign', which is widely used today, was designed as the logo for the Campaign for Nuclear Disarmament by the British, which was then adopted by anti-war activists in the US and other places.