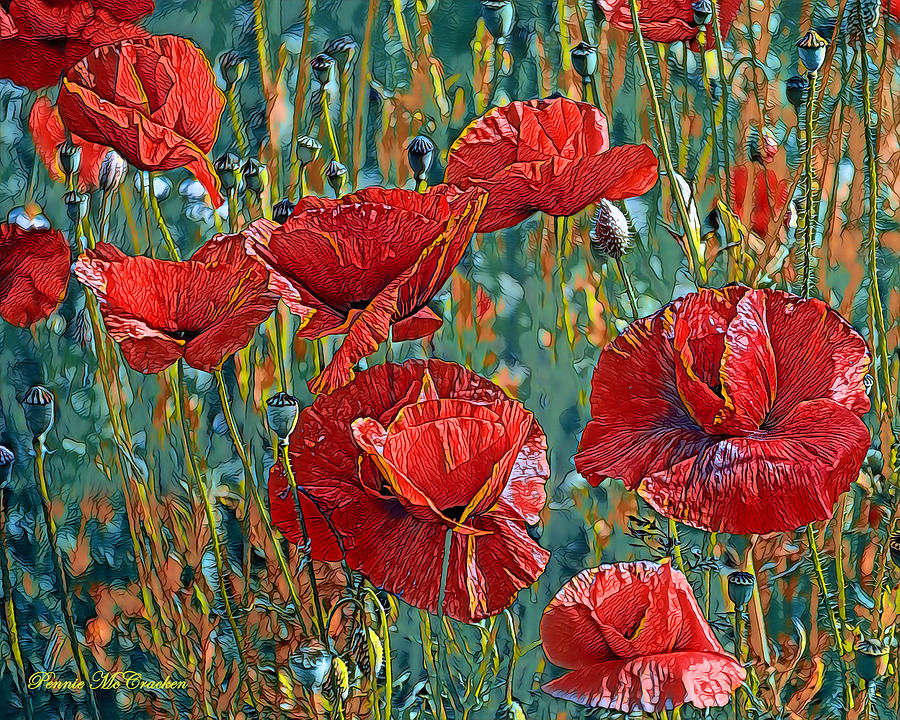 As we all know poppies are the symbol of remembrance of the First World War. In 1921 artificial poppies were first sold in Britain to raise funds for ex-servicemen and the families of those who had died serving their country. It became so popular that in 1922 the British Legion founded a factory to make it's own poppies, staffed by disabled ex-servicemen, which it still continues to do to this day

The poppy factory, based in Richmond, London, England produces 6 million poppies a year, all made by hand. Why is the poppy worm to commemorate the sacrifices of the armed forces? Because once the war was over, after all the destruction to the land, the poppy was one of the only plants to grow on the otherwise barren battlefields.