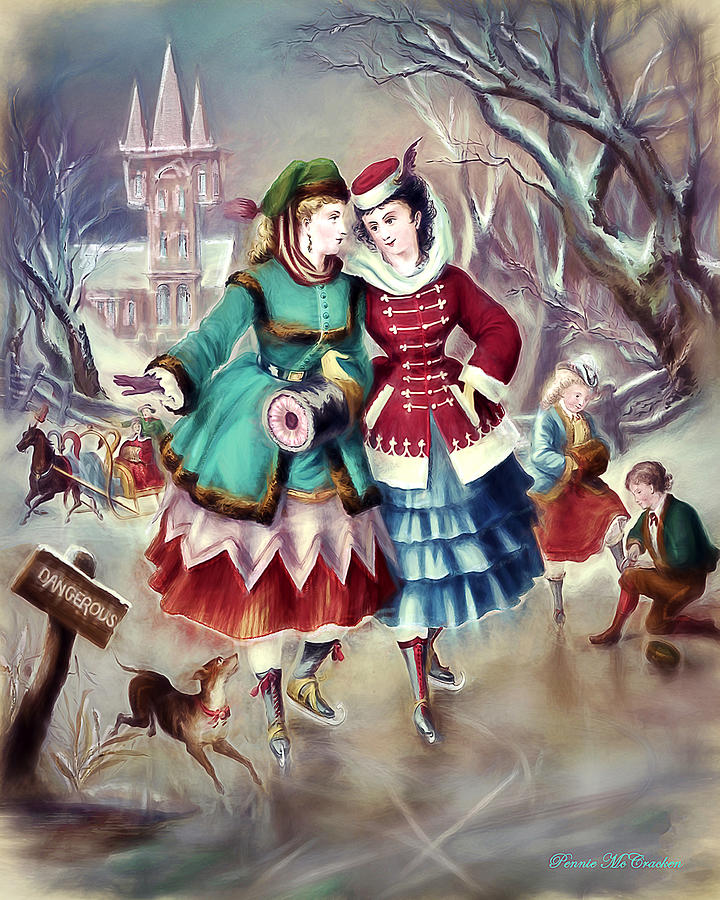 Skating has been a pastime for over 3,000 years, according to the University of Oxford. Originally, skates were sharpened, flattened bone strapped to the bottom of the foot, used to glide on top of the ice. True skating came about when a steel blade with sharpened edges was used and the skates cut into the ice instead of gliding on top of it. Adding edges to ice skates was invented by the Dutch in the 13th or 14th century and were made of steel, the sharpened edges on the bottom helped with more precise movement. The construction of modern ice skates has stayed largely the same since then.

This painting is based on a PD image from the 1860s.